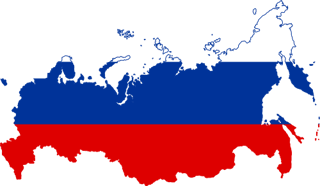 The economic boom that is sweeping the BRIC countries certainly doesn’t include Russia right now. Economic sanctions and the low price of oil (upon which the Russian government depends for 50 percent of its budget) have contributed to a weak currency. Wages are declining, and Russians aren’t spending money. And there are unique policy challenges for software publishers. Russian government agencies have to prove they need foreign software before they can buy it, and can only make such purchases if there is no equivalent Russian software.

It is against this backdrop that any software publisher must carefully consider how they will engage in revenue recovery activities for unlicensed software in Russia. The opportunity is still huge – some 62 percent of all software use in Russia is unlicensed, and the BSA ranks Russia sixth in the world in terms of total value of unlicensed software. But a successful revenue recovery effort demands a surgical approach conducted by experts who have the experience and the local knowledge to carry it out.

I’ve been conducting revenue recovery efforts on behalf of clients in Russia for several years. My hits and misses in perfecting this process have given me a good perspective on what it takes to be successful here.

The single biggest success factor for a Russian engagement is for that engagement to be initiated by someone in Russia. Companies who think they can send a letter, make a phone call or threaten a Russian business from thousands of miles away are not only wasting their time, but perhaps worse, jeopardizing any future sales with their Russian clients. My inbox is filled with inquiries from companies who have tried to go it alone and failed. Those making the calls have to speak the language and have an established business in the country.  And there’s a big difference between targeting piracy in and around Moscow, and in the more rural parts of the country. I’ve built a solid network of IP attorneys who know the nuances, and understand when a letter or call is sufficient, or paying a visit in person is the only way to be successful.

Use a carrot, not a stick

The right lawyer, with the right evidence, can frame the engagement in a way that is firm, but not overly aggressive or threatening. The most successful businesses don’t get greedy, and start by seeking to recoup spend for the licenses the business isn’t entitled to. That leaves the relationship open to continued upselling or cross selling.

Distinguish a viable opportunity from a Sisyphean task

There are certain verticals and government-backed industries that aren’t viable targets for an audit – the effort to convert outweighs the benefit. Through a combination of data-based research and skills honed through experience, my team has learned to weed out the opportunities that are worth the time.

Name a C-level in the audit

With the right support and team, software publishers will find that Russian companies are willing to cooperate with audits that bring their entitlements into compliance, while maintaining good relationships in what is a challenging Russian economy. Curious about how to get started in Russia? Contact us to learn more!